The latest news from the Alpenblick

Annual Meeting of the Kolping Academy

Surrounded by green meadows and magnificent mountain panorama, the Board of Directors and members of the Kolping Academy met in the Upper Bavarian town of Ohlstadt to discuss the successes of the past fiscal year and the challenges for the future at their annual meeting.

"Do not waver, but have courage”

Gebhard Kaiser, Chairman of the Board, emphasized that 2019 is a special year for the Kolping Academy, as it celebrates its 50th anniversary this year. During this time, the Kolping Academy, with its 24 locations, more than 800 employees and more than 26,000 participants, has grown to become one of the major and important educational institutions in Bavarian Swabia. For forty years, the Kolping school has been accompanying young people with different learning requirements on their educational path and has been training them at the Adolph Kolping vocational schools in Neu-Ulm and Donauwörth. In order to continue to be successful in the future, it is necessary not to waver, but to have the courage to break new grounds.

A milestone: The hotels of the Kolping Group

In addition to the Academy’s educational and integrative work, with its hotels the academy has created a further pillar, Kaiser emphasized. The KurOase located in the monastery in Bad Wörishofen is the original Kneipp hotel and offers its guests, as well as the employees of the Kolping Academy a place of tranquillity and relaxation where the original Kneipp therapy can be experienced to the full. Likewise, the Hotel Alpenblick in Ohlstadt, where the general meeting was held, is one of the top hotels of the Kolping Group. In 2018 it ranked sixth in the Grand Prix of the conference hotel industry and is therefore considered to be one of the best conference hotels in Germany. The Kolping Hotel Spa & Family Resort in Alsópáhok, Hungary, has been awarded Hotel of the Year for the second time and is a top holiday address. The Kolping Academy is also involved in the Management Centrum Schloss Lautrach. Ursula Straub, Managing Director of the Kolping Academy, reported on the successful business year of the hotels and announced new projects.

Integration: "There is more required that just providing training"

Frank Jelitto, Managing Director of the Kolping Academy, announced new initiatives for innovative educational projects of the Kolping Academy. For example, the new legislation for foreign nursing staff allows nursing staff from other EU countries and third countries to be perfectly integrated, he said. In cooperation with the Allgäu GmbH and with political support, the Kolping Academy wants to take action against the shortage of skilled workers by fostering its new International Kolping Care School in Kempten. In addition to professional training, the nursing staff at the nursing school receive job-related German courses as well as accommodation. In order to achieve successful integration, one has to "do more than just provide training," Jelitto stressed. Branch offices of the Kolping Nursing Schools are also to be established at other locations. In addition to the field of nursing care, the Kolping Academy is planning to increasingly focus on the topics of long-term unemployment and education.

At the Kaufbeuren location, for example, the Kolping Academy plans to set up a kindergarten together with the local authorities, said Jelitto. Current changes in society also suggest that the demand for lunchtime meals and all-day childcare with tutoring is constantly increasing. Together with the local authorities, the Kolping Academy is working on creating new concepts for educational and care services in order to further expand its role as a social service provider.

Digitization presents educational institutions with new challenges, which includes the Kolping Academy as well. In order to offer its participants state-of-the art educational opportunities, the Academy continued to invest in its technical equipment last year and was also able to benefit from the Digital Pact of the Federal Government, explained Jelitto. It is also planned that from the winter semester 2020 the new Kolping Academy in Cologne will provide digital courses as an addition to social studies. In Blended Learning, on-site courses are combined with online learning possibilities. Concerning its digital coursework and measures, the Kolping Academy receives support from experts in the field of digitization and is ready for the digital future, Jelitto was pleased to point out at the general meeting.

Managing Director Werner Moritz presented the current turnover figures of the Kolping Academy and stated that despite a slight decline in turnover, it had exceeded the projected limit. The areas of adult education and school measures developed particularly positively in the past year. The Kolping Academy also invested in further training courses for its employees, Moritz said. In 2018, about 800 employees participated in approximately 60 courses of in-house further training programme. Off-site further education and training, as well as employee campaigns are also part of Kolping’s extensive employee development scheme. Further investments were made in the field of maintenance and modernisation, as, for example, at the Kolping Academy in Donauwörth. "The Kolping Academy has had a successful business year. We take a positive outlook towards the new fiscal year," emphasised Werner Moritz. The Board of Management was unanimously approved by the members present and is now successfully entering a new fiscal year.

Ursula Straub, Managing Director and official representative of the Kolpingstiftung-Rudolf-Geiselberger, reported on many foundation projects which could be carried on last year with the help of donations. While the Kolpingstiftung-Rudolf-Geiselberger is a small foundation, it has a great impact because it is close to the locals and receives long-term support, she said. For example, thanks to the support of the Kolping Foundation-Rudolf-Geiselberger in the Work Opportunity Programme (WOP), a training programme for young South Africans, 170 people were able to participate in 7 courses in 5 South African regions last year. 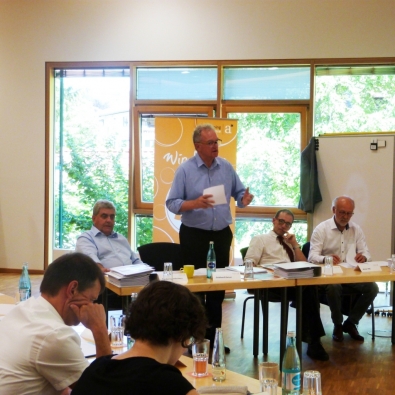 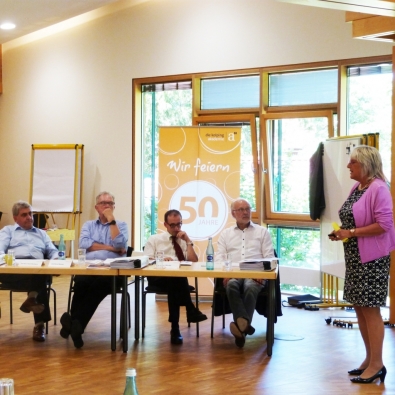 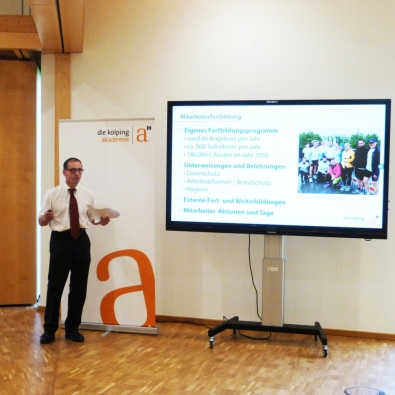 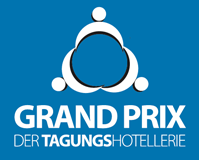 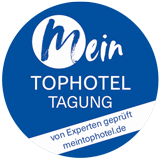